Are you more Mad Men than Downton Abbey when it comes to decor nostalgia? Then our round-up of awesome mid-century modern interiors will give you, to quote Mad Men’s creative genius Don Draper, a twinge in your heart far more powerful than memory alone.

The gorgeous Pasadena home of Hollywood actress Meryl Steep isn’t a mid-century modern replica, it’s the real deal. Simplicity and openness are key elements of the architecture and decor found in this treasure from the late 1950s. The house still includes many of the original features and architectural details, like the floor-to-ceiling windows in the guest bedroom shown here. 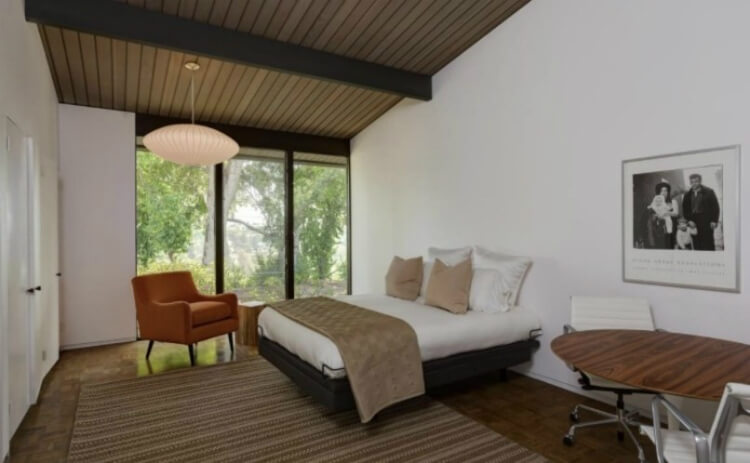 If you are looking for mid-century modern inspiration, a trip to Le Méridien Etoile hotel in Paris is highly recommended. Renovated in a mid-century modern style by London architecture studio Michaelis Boyd in 2016, practically every room in this 4-star hotel is an exemplary example of retro interior design with a contemporary twist. Crisp, clean white lines with a splash of colour or natural wood help to create a sophisticated setting in the hotel’s bedrooms, suites and public spaces. 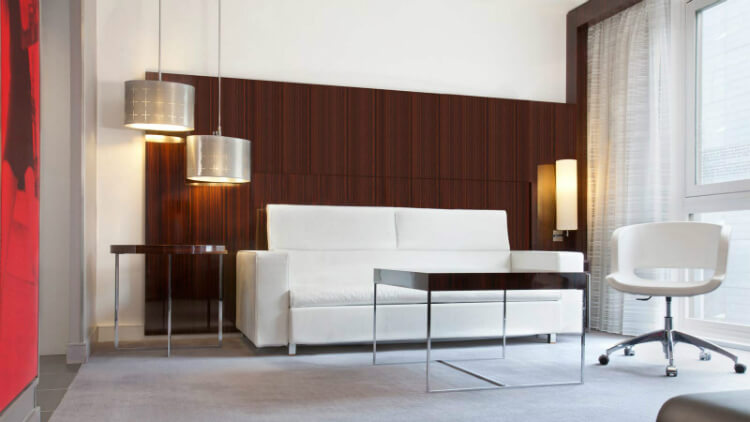 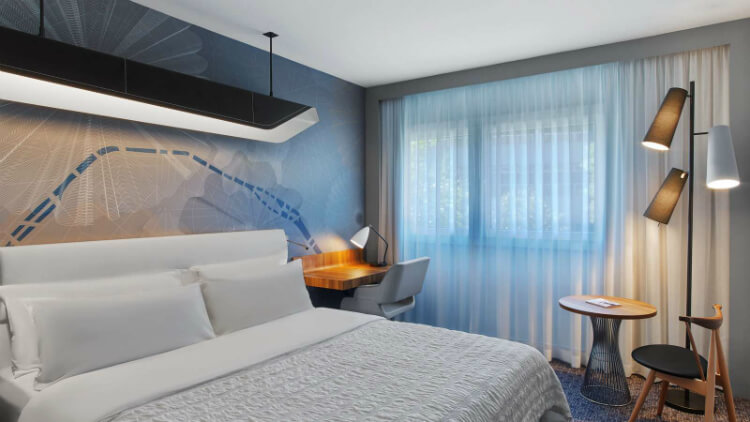 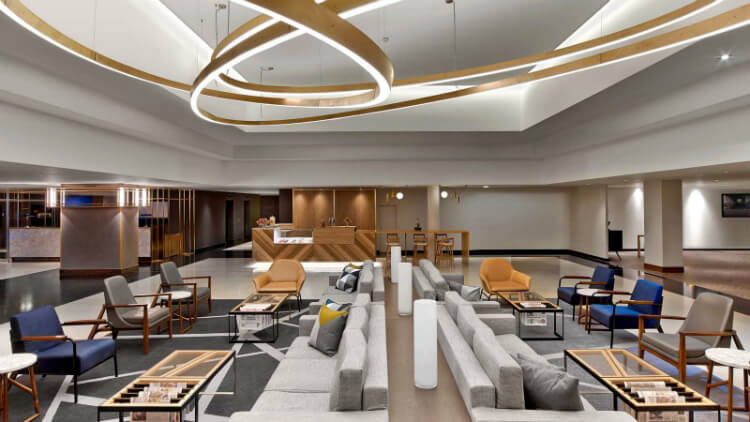 Detail 9 Architects recently created this bespoke, mid-century modern styled kitchen for a residence in Melbourne, Australia. The furniture for the kitchen and other rooms in the home is a mix of modern and mid-century inspired pieces. All have been carefully designed to maintain the mid-century appeal of this 2017 renovation. 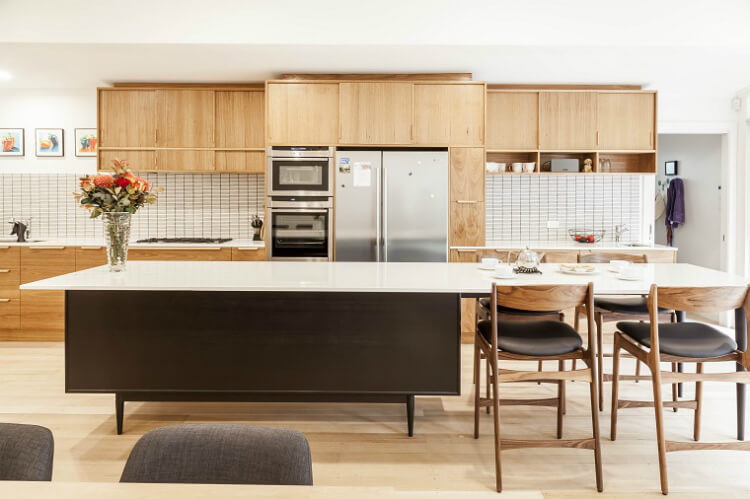 This Maryland home’s glass pavilion area provides a living space that preserves the beautiful views of the densely wooded hill outside. The architecture’s mid-century modern ascetic is perfectly enhanced by the simple design features of the sofas, coffee table nest and rug placed in the pavilion. 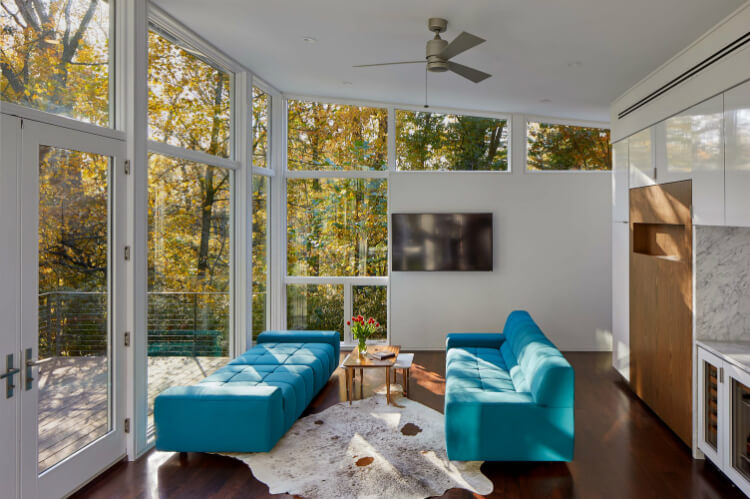 Designed by MIT graduate Emil Tessin, The Frost House in Michigan City is a 1960s prefabricated dwelling influenced by the Modern Movement and International Style of Architecture. “We knew we wanted to preserve this time capsule – it was too perfect to touch,” explain Karen Valentine and Bob Coscarelli, owners of The Frost House. “The formal living room with its cream upholstery sofa and armchairs is where we gather for cocktails before dinner, and to play board games around the coffee table seated on the floor. We usually advise the red wine drinkers to sit in the leather chairs.” 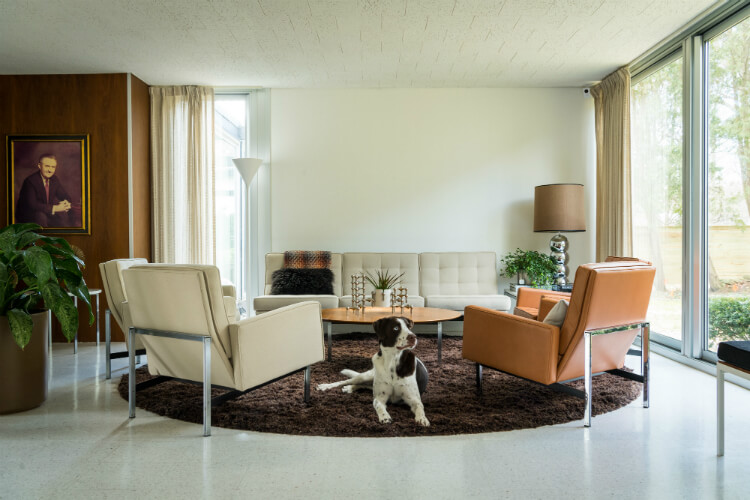 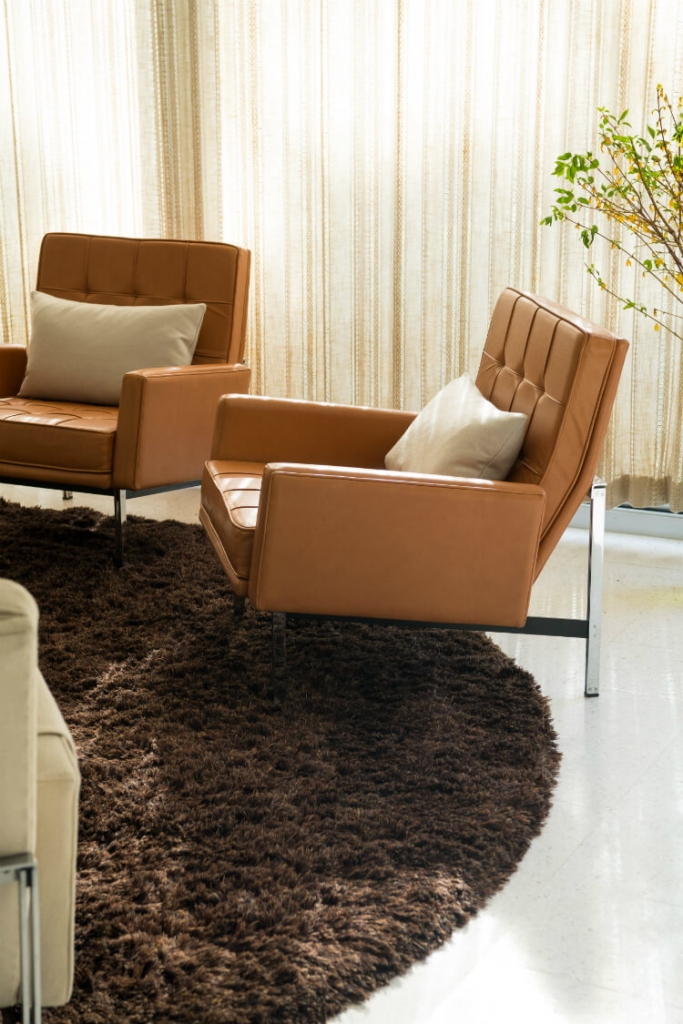 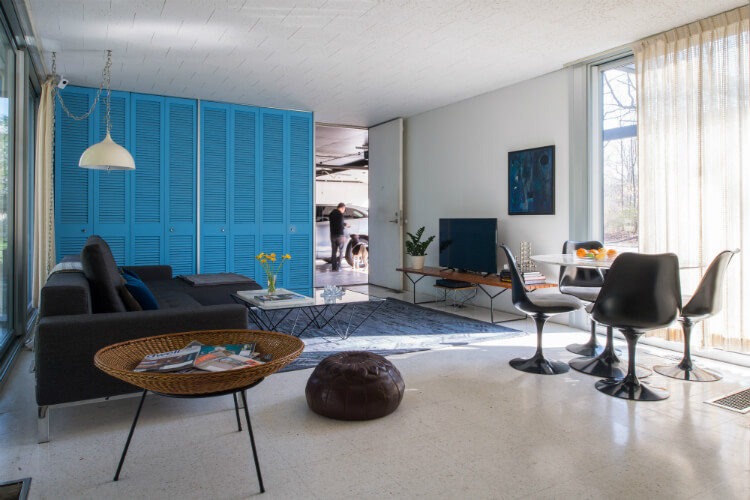 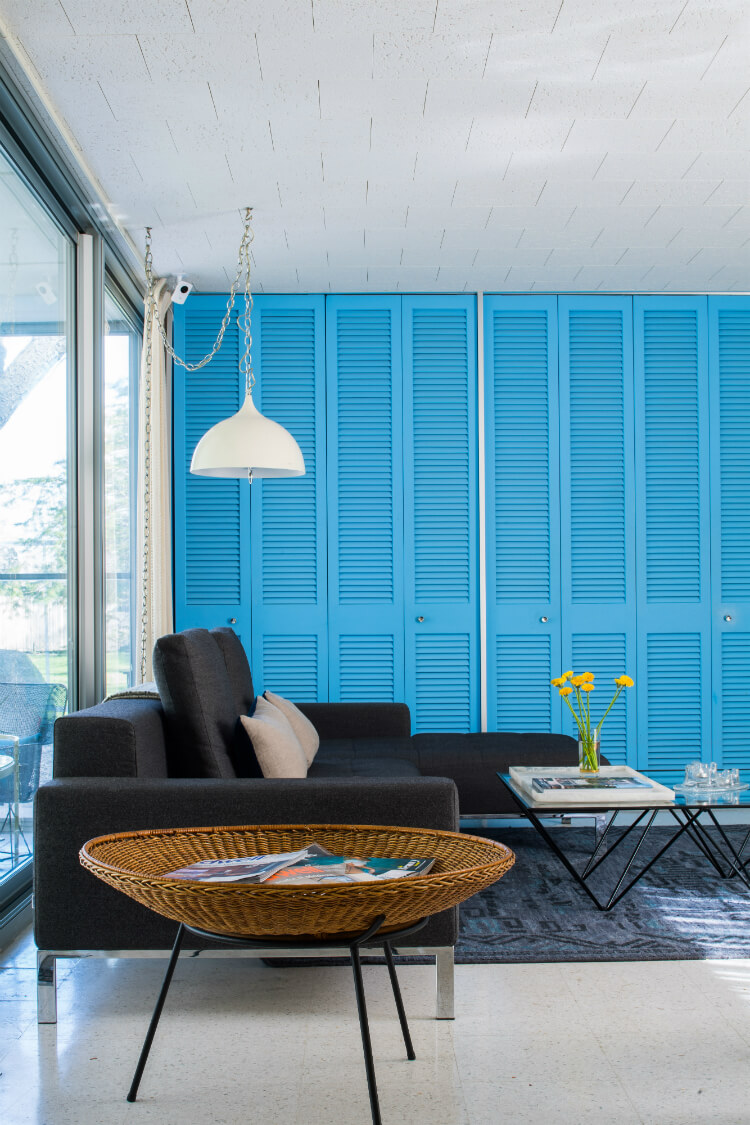 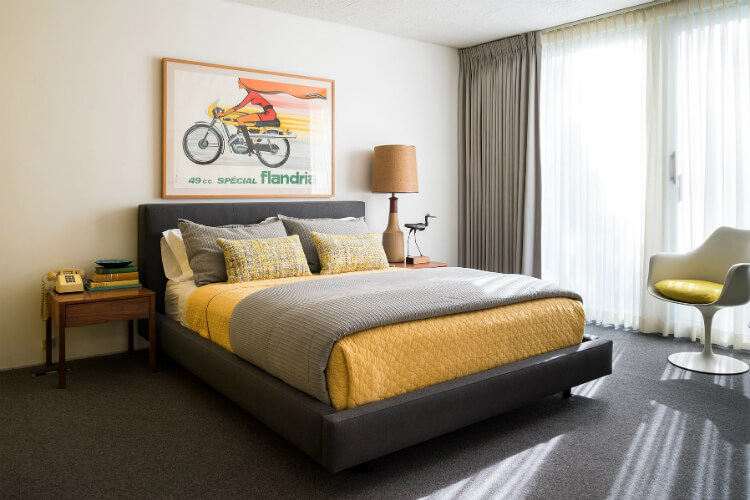 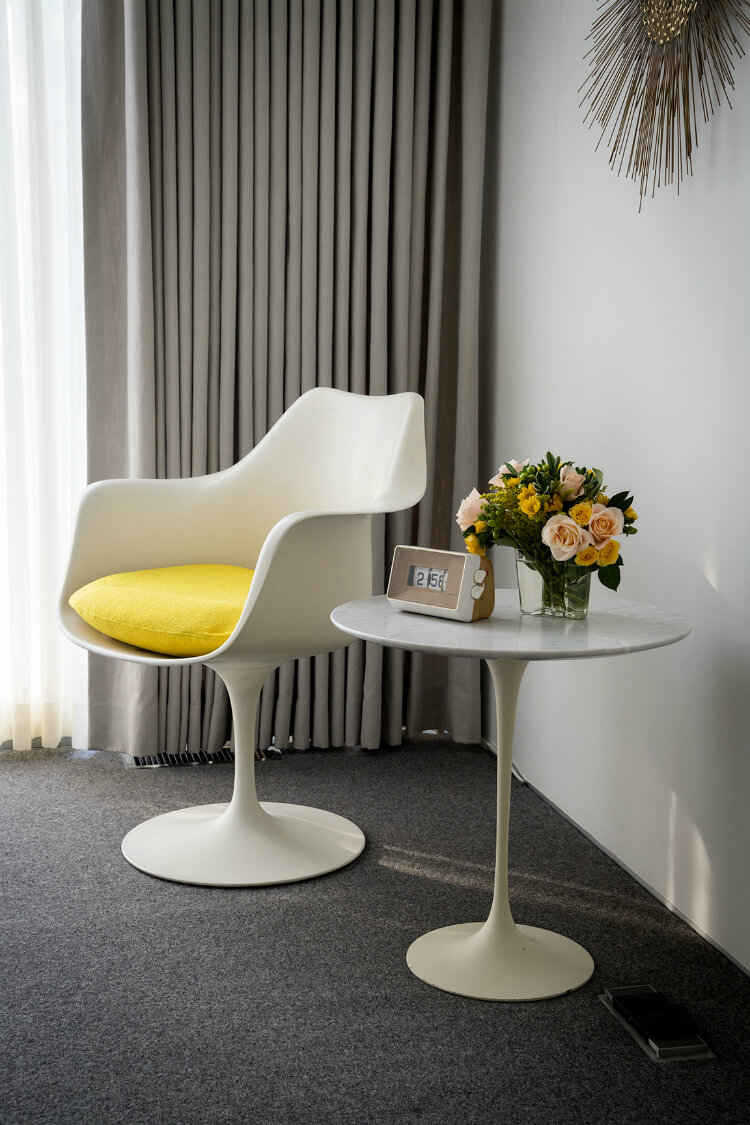 Available to visit by appointment only, the TWA Lounge at One World Trade Centre in Manhattan is a sales centre for the new TWA Hotel at New York’s JFK Airport. The Lounge features decor and memorabilia designed to transport us back to the exciting jet age of the 1960s. The Lounge’s vintage Saarinen Tulip chairs feature original 1962 Knoll fabric and even the Underwood Olivetti typewriter still works! 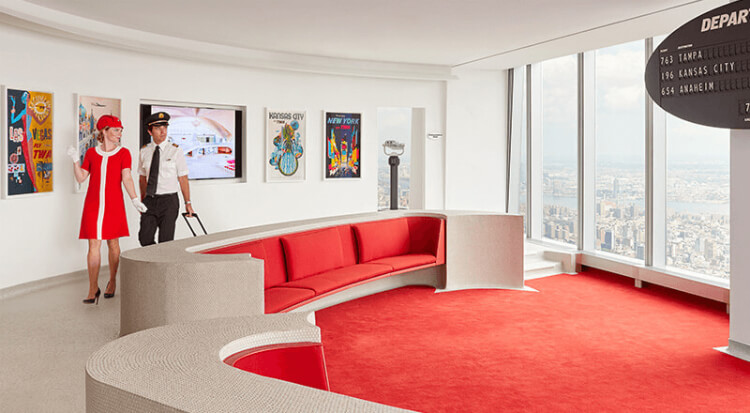 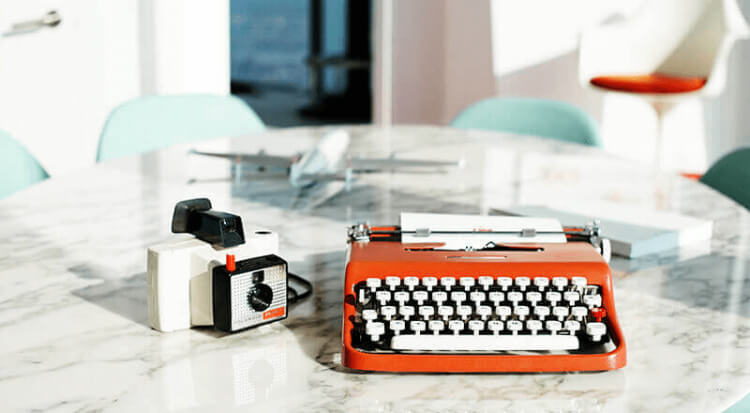 What better way to end our loving look back at some amazing mid-century modern furniture and interiors, than a YouTube video tribute to Mad Men. This award-winning TV drama series about the advertising industry during the 1960s is now available on DVD, Blu-ray and Netflix. 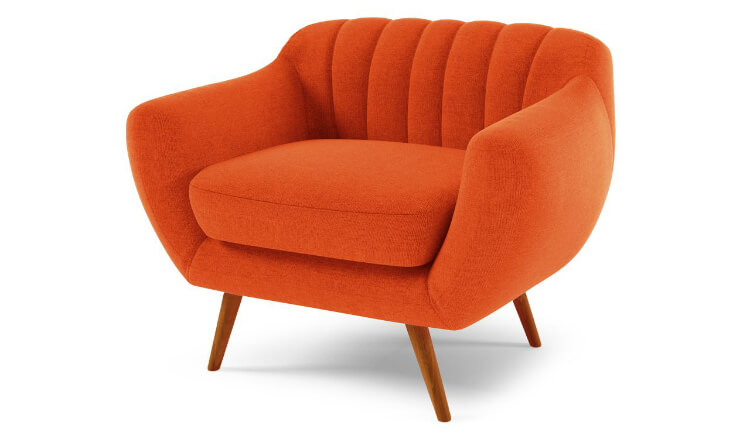 Our East London and Essex furniture outlet stores in Dagenham, Leigh-on-Sea and Wickford offer a wide variety of furniture and accessories with a mid-century modern design and many other styles – all at half their original RRP or less! With new stock arriving daily, there’s always something splendrous and unexpected to discover in our discount furniture showrooms. Come on in and visit us today.

About the Author: Rik Haynes

Inspired by the work of the world's best designers, Rik Haynes is passionate about the latest developments in architecture, design, video games and other geeky stuff.

Be the first to know.

Can’t find what you’re looking for?

Get in touch
We use cookies to ensure that we give you the best experience on our website. If you continue to use this site we will assume that you are happy with it.Ok